Tom Benjamin  tells us a bit about his painting practice and the landscapes that inspire his work . . .

"I’m one of those painters who must be in front of the subject for the process to feel alive. There’s both an immediacy in trying to make each mark stand for something I’ve just looked at, and a complexity in trying to distil the poetry of a unified quality of light, even while everything changes in front of me. 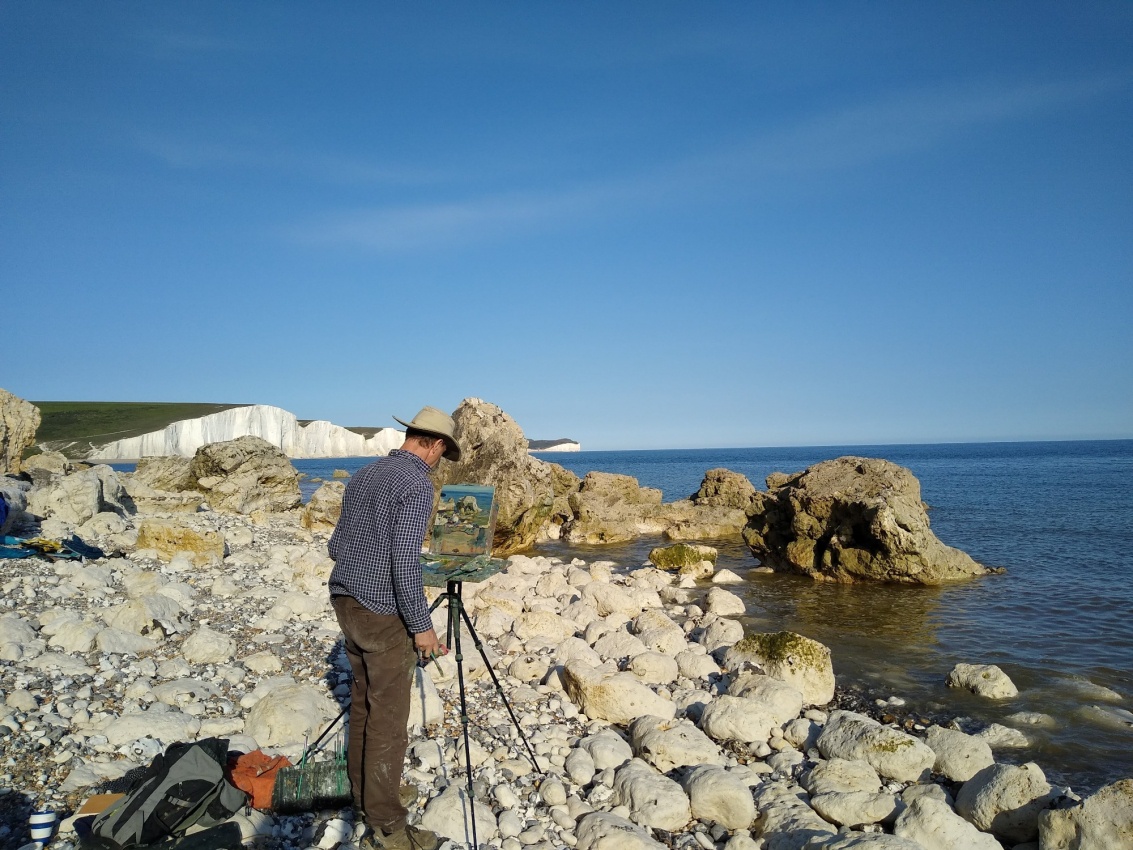 I find myself drawn to subject matter where forms don't feel discreet, often their surroundings and the light both reveal and partially camouflage them. In subject matter like dense woodland, the light can bounce around and colours might reappear across the whole surface. 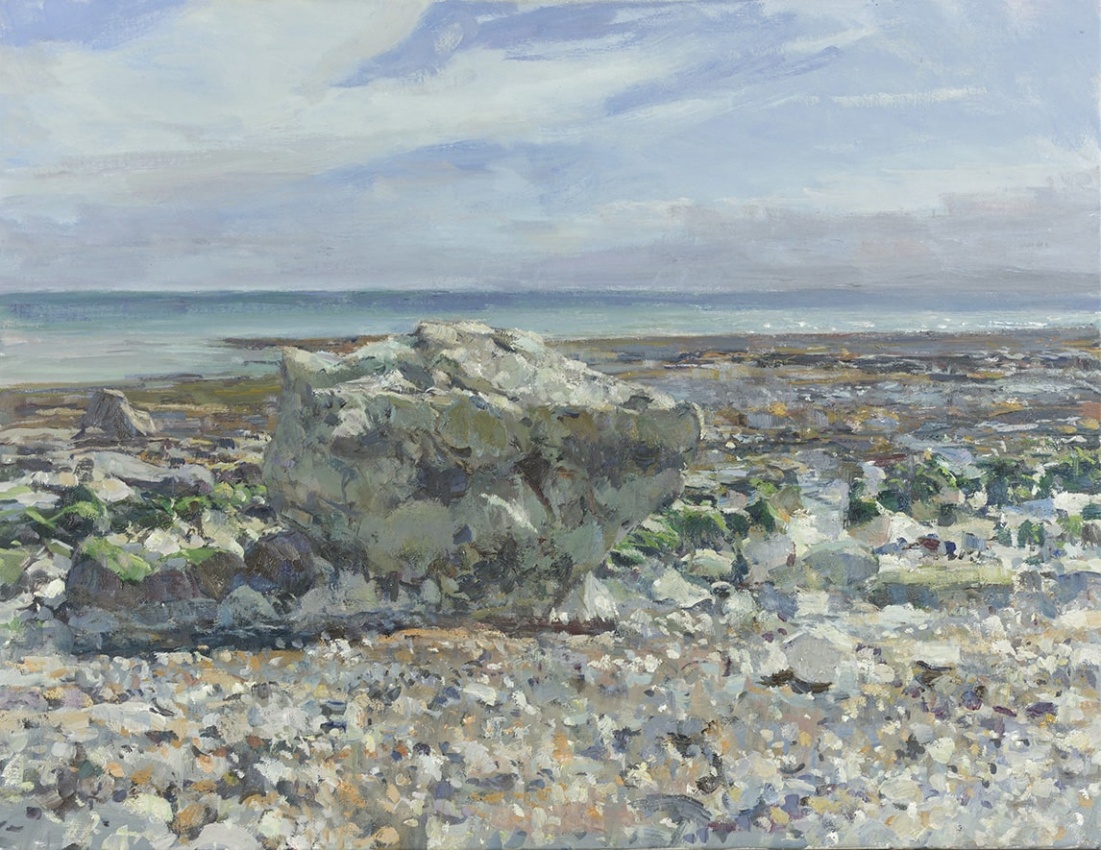 For the past few years, I've been painting almost exclusively on the coast. Near where I live in Sussex, there's a small beach called Hope Gap which has chalk cliffs and a foreshore of rock pools and rather magnificent rocks. The Seven Sisters cliffs are visible from it. The cliffs have a layer of silt above the chalk which runs over the white in orange streaks. The area where I paint is quite small and some of the rocks have featured in fifty or more of my paintings. I’m drawn to the grandeur of the subject, the way the elements of sky, sea and the chalky cliffs meet and form each other. I also like the way the complex forms on the foreshore catch the light and reflect off each other. 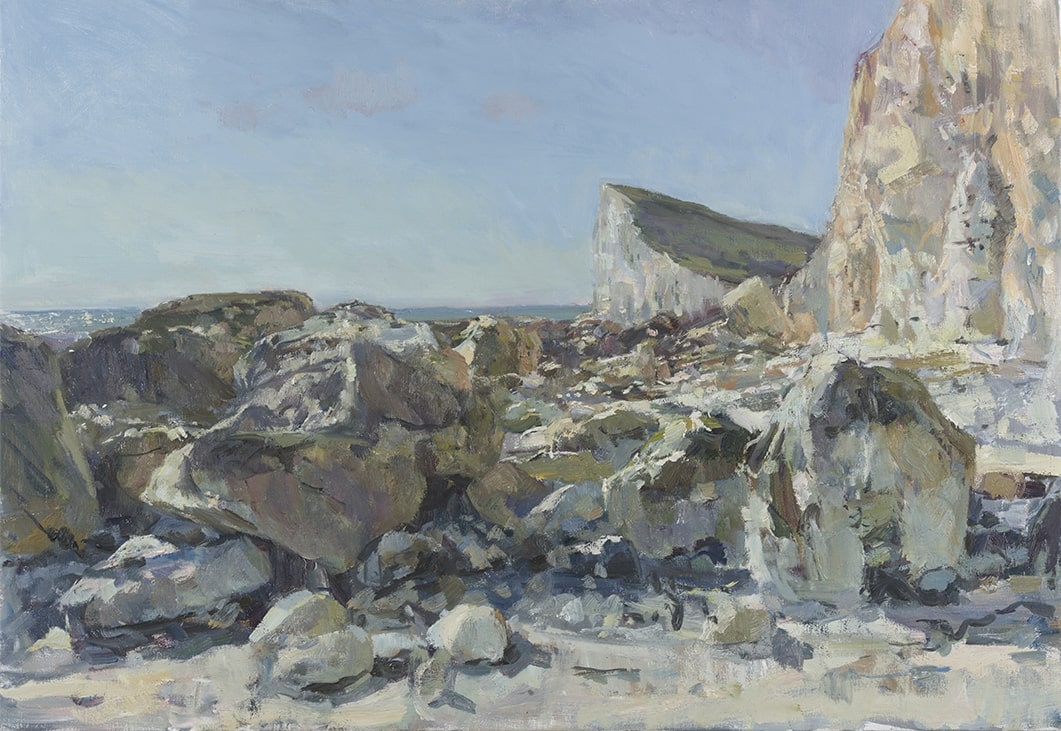 Recently I was a bit confused when the president of an art society we all know well remarked that my paintings made him think of zebras. He didn’t elucidate so I was left to interpret all by myself. 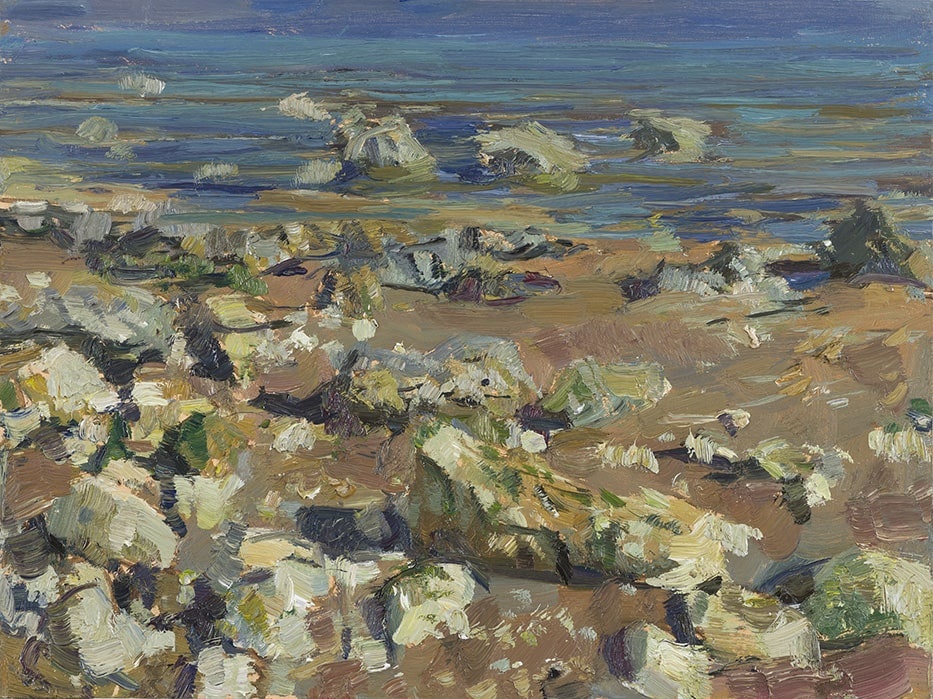 After thinking for a while along the lines of what snazzy exotic beasts they are (could that be it?) my thoughts turned to forms camouflaged by contrasting patterns - like light and shade across a foreshore?" Tom Benjamin, October 21 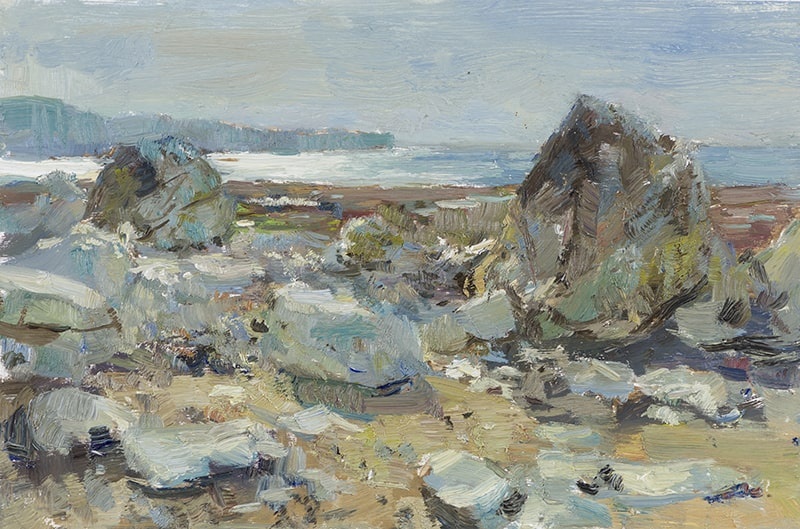 Find out more about Tom Benjamin on his NEAC profile page where you will also find a selection of his original paintings for sale.