Benjamin Hope was elected a NEAC member in 2018, but despite an artistic family background, he did not follow the conventional art college path to becoming a full-time painter. Instead, Benjamin spent over a decade at university studying mathematics and physics: four years at Warwick, followed by Part III Mathematics and a PhD at Cambridge. Has this scientific detour influenced his process and technique as an artist?  Read on to find out . . .

"Thanks to my family, painting has always been a very natural thing to do. My mum is an artist, so she got me started very young. There was no pressure. We would just paint together and talk about it a lot. There was an annual trip to Art-in-Action, a festival at Waterperry Gardens where the painting tent would be our first and last stop of the day. Tom Coates was always there and I loved watching him work. My grandfather was a prolific oil painter in his retirement and several of my cousins are avid sketchers—I have happy memories of drawing with them on Sunday afternoons and family holidays. 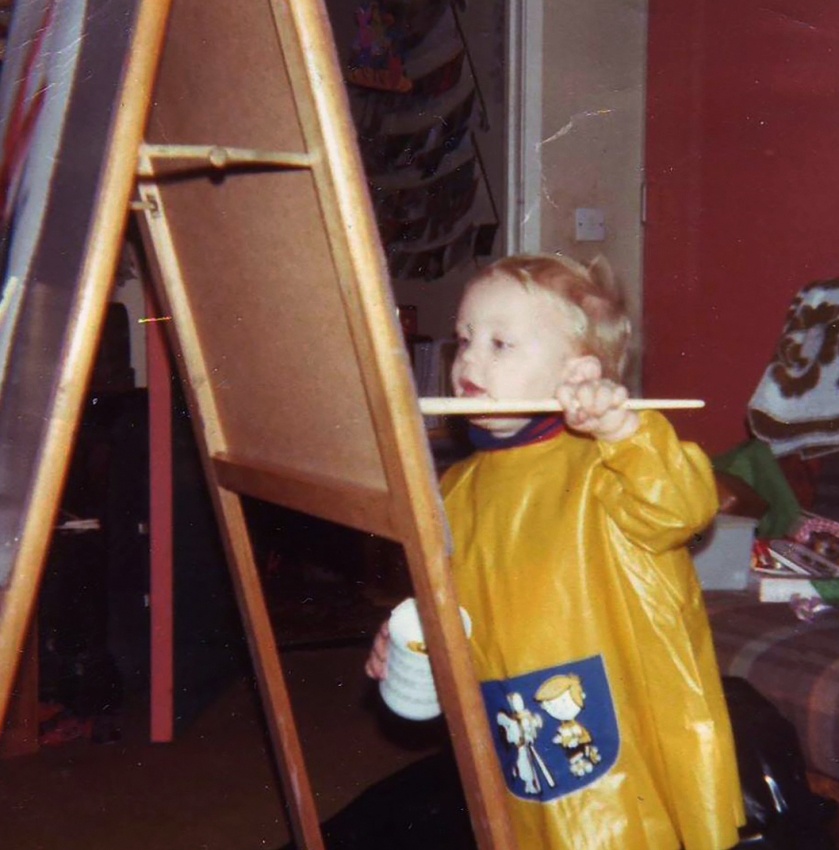 A-level Art at my school was taught by an artist called Wendy Skinner Smith and it was really good. She taught proper observational drawing based on looking and working out relationships. And about a third of the course was Art History, which involved hours sitting in a darkened room discussing the greatest artists of the Renaissance as their works were projected on the wall in front of us.

When the time came to decide about higher education, I was set on one day trying to make a career out of painting. However, I had also become very interested in mathematics and physics and it was these that I decided to study for what turned out to be the next twelve years. There is so much about the world that can only be understood with the methods of science and mathematics; you only scratch the surface at school, and for me, that wasn’t enough. I reasoned that there would still be sixty or so years of life left after university—plenty of time in which to paint. 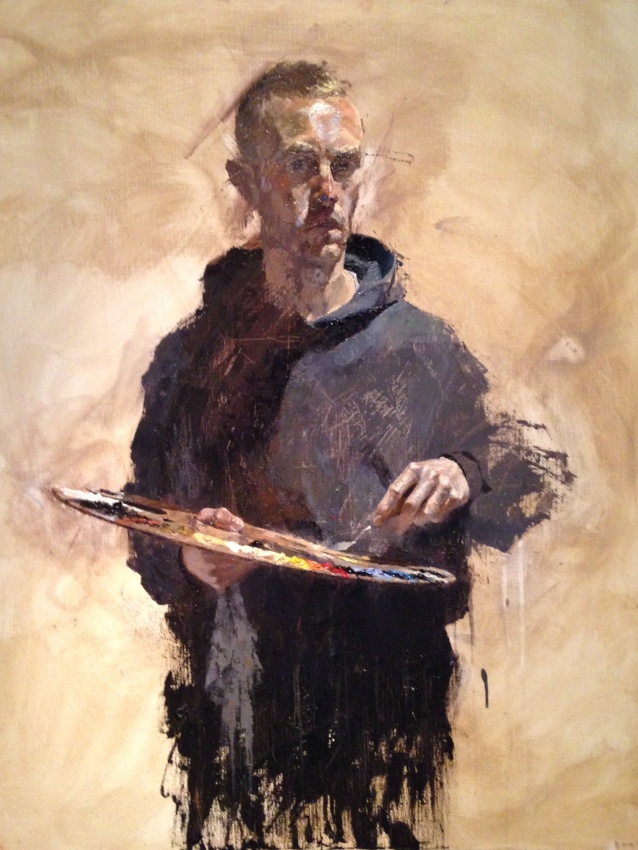 When asked about my career path, my reply is sometimes met with surprise, which is perhaps because of the idea that science and art are worlds apart. The former, it is assumed, is all about analytical thought and logic; the latter is based on intuition and creativity. I don’t buy this. Behind the curtain—at least in my experience—scientists, mathematicians, and artists all need quite similar thinking tools. Theoretical physicists have to be very creative, and artists have to solve a multitude of little problems with every piece of work.

Of course, there are differences too profound to go into here, but in my view, these occur are at a higher, more structural level. For example, scientists have constraints such as the need for their creation to make a testable prediction; artists don’t. Painters create one-of-a-kind artefacts that require a performative skill involving extremely subtle motor control; a mathematician’s equation, by contrast, is fundamentally the same whether it is scribbled on the back of an envelope or neatly printed in a journal.

I suspect that the stereotypes are fed, in part, by the belief that each individual has either a dominant logical left-brain or a dominant creative right-brain. This has been shown to be a myth. It is true that the brain has a right and left side, and there is side-dependent functionality, but there is no evidence that individuals have dominant sides of the brain, or that there’s a left-right split between logic and creativity. In my view, contrasting logic with creativity is itself misleading. Creative thinking is in all of it. Even if you were to try only to conform, to understand the logical steps in someone else’s proof, or copy another artist’s style, it all involves creative thinking by the brain to figure stuff out. 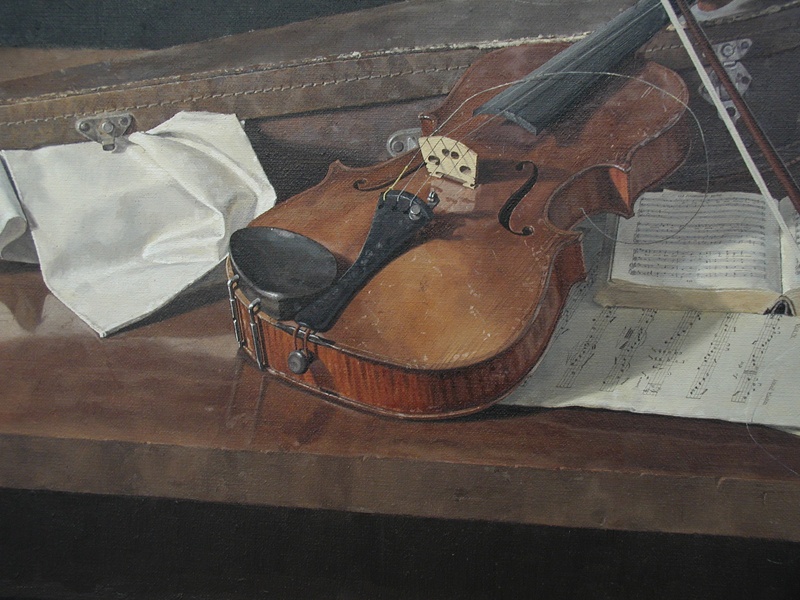 Fine, you might say, but that doesn’t mean training in one creative arena should have any impact in another. True, which is why it gives me great joy when the years I spent doing mathematics do seem to help my painting in some way. I first noticed this when painting a still-life of an old violin after my final undergraduate year. It wasn’t a particularly interesting composition but technically I seemed to have improved quite a bit. Having barely picked up a brush for four years, I was surprised. Perhaps I had just got better at concentrating for long periods, but I think it was more to do with becoming accustomed to breaking down problems into manageable chunks.

Working outside on the street brings a similar sense of familiarity with the discipline of mathematics. Ken Howard’s rule of thumb is that, on sunny days, you have about ninety minutes before the light has changed too much to continue. Critical thinking at speed becomes very important and to me, it feels just like sitting a mathematics exam (only colder and with people interrupting you every five minutes). It’s a time of intense focus during which I have to think ahead a lot and make all manner of quick judgments to maximise what I get out of it. 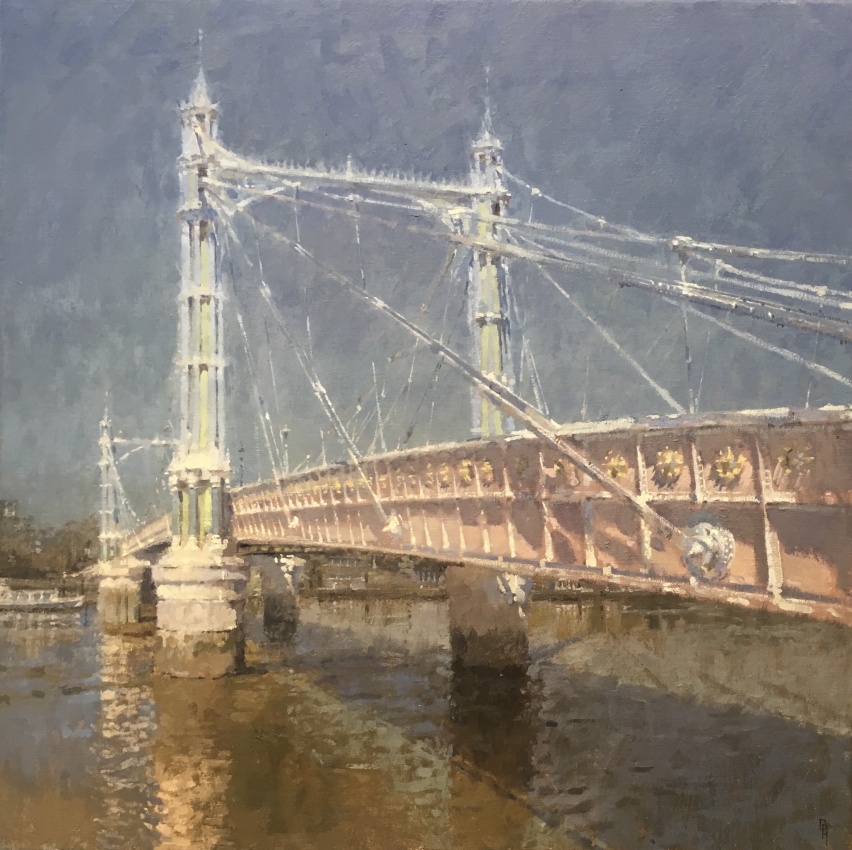 There are more overtly mathematical elements to my work too, the most obvious being linear perspective. I enjoy reproducing the results from first principles and deriving equations that match what you would construct physically. The tonal side of my painting has also been touched by a bit of science. A few years ago I read Vision and Art: The Biology of Seeing by Margaret Livingstone which helped me understand why certain techniques work and probably increased the frequency with which I use them.

Finally, I would highlight doubt. Constant self-criticism—challenging of your own ideas and assumptions—lies at the heart of science and is perhaps the most important mental habit that has carried across. It’s a key part of my observational drawing practice. If I notice an “error” halfway through a painting, for instance, I start checking and usually find I have based too much on a measurement I incorrectly assumed to be gospel near the beginning. It applies more broadly too. The deeper I get into painting, the more profound it seems and the more I question everything. It gets more difficult not easier, but more exciting too. There may be only about fifty years left now, but I’m relishing them!"

Benjamin is currently working on an exhibition of portraits and still life, due to open in November 2019. You can keep up-to-date and see more of Benjamin's work at benjaminhope.net or on social media (@benhopeartist) or on his NEAC artist profile page where you will also find a selection of original paintings for sale. 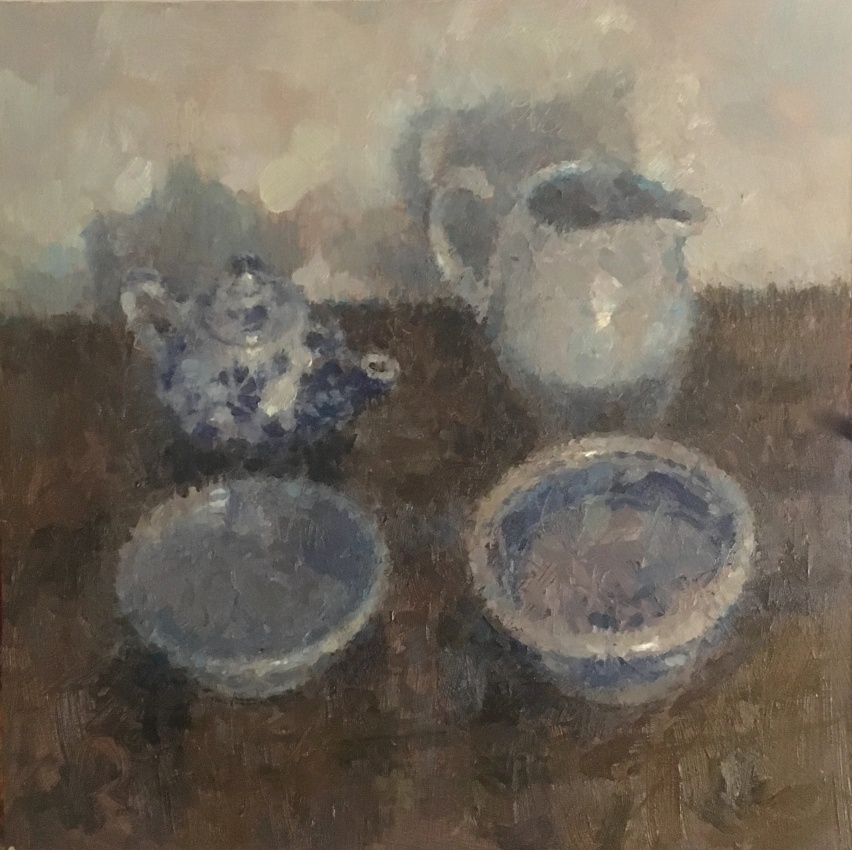